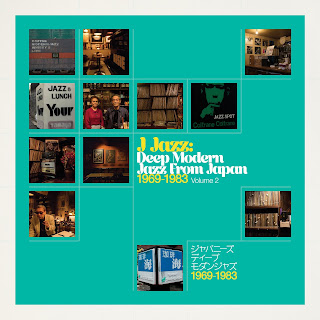 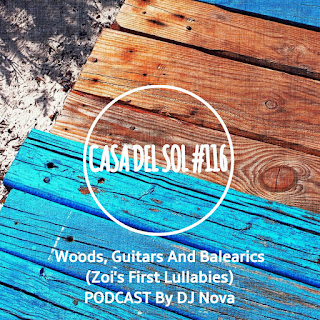 ◉ Back after DJ Nova’s yearly Mediterrane(o) Disco CC Mix, delayed again, but I have an strong excuse. ‘’Woods, Guitars And Balearics (Zoi's First Lullabies)’’, September’s PODCAST includes some of my summer and late summer favourites, its title inspired by Coastlines included track ‘’Wood & My Guitar’’ and dedicated, recorded, as well, for Zoi, το κορισονακι μου, who she was born in the heart of September, on her mother's name day. In the mix extracts from Music For Dreams compilation ''Me Ibiza The Sunset Sessions Vol.7'' which was released while i was in summer vacations and next to the beach, as well tracks from recent Hell Yeah Recordings releases.

For further listening DJ Nova's PODCAST visit Brisa Tea https://www.mixcloud.com/BrisaTea/brisa-music-for-tea-the-aegean-daydream-mix-by-dj-nova/ to taste my ''Ice Tea In The Mediterranean Sea'' one of the two guest mixes that i did last summer. Dream Chimney will host the other one later in the year. 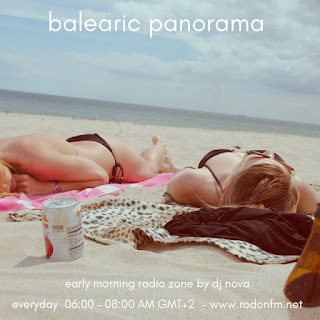 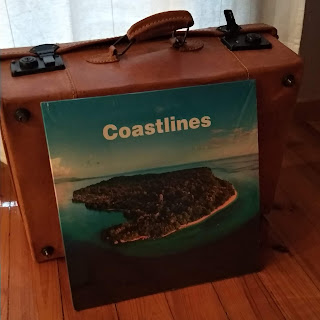 Coastlines – Coastlines LP 2019 *
◉ Coastlines debut album dropped after two simply irresistible and stellar 7’’ singles and characterized by the plethora of Pacific-baked and Balearic-tinged electrified jazz-funk. Their previous release ‘’Sunset Reflection’’ opens the album as softly and warmly as the coastal waters that surely inspired it. The exotic jazz funk of their first single, cover version of ‘’East Dry River’’ then offers a successful fusion of late 70s vibe while its B side ‘’Coastline’’ gives a Brazilian mood to the album. The album is philoxenous to humid and breezy new age and nu disco melodies that is so Balearic, ‘’Drifting Ice’’, ‘’Woods & My Guitar’’ and city ‘’Half Moon Shadow’’ lights are some of them and sound so familiar to label’s last decade ‘’Silent Dream’’ series. The strictly blissed out nature of epic long ’Last Summer In Rio’’ will love by Azymuth’s lovers and the dubby ‘’Maracas Bay’’ continues he genre heritage of Flower Records while ‘’Down Town’’ which is running out the album is welcoming back in city’s port to enter the town with its future beats and semi-hip hop-filled rhythm after your Pacific cruise to the tropics. It’s one of my favourite album of the year here, so extendedly Balearic For You. - DJ Nova, Balearic For You **
* Flower Records
** We love to supply future Balearic classics For You...
στις Δεκεμβρίου 28, 2019 Δεν υπάρχουν σχόλια:

Balearic For You: Afrodesia - Afrodesia Episode One on Best Records 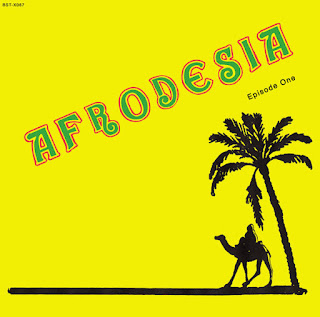 Afrodesia - Afrodesia Episode One *
◉ The hottest idea, project and 12’’ release of the year? Absolutely YES! The ambidextrous team of Dario Di Pace and Raffaele Arcella adjusts the epic sound of Les Folies Studio to West Hill Studio's magic of Napoli Sound. On the other hand, Best Record Italy, after its most wanted and golden reissues of Roberto Lodola’s and Fabrizio Fattori’s unique Afro cosmic Italo disco releases, selected as Balearic in our days, it offers first new production for ages and moving the heart of Afrika in the center of Italy back again, thirty-plus years later.
The original percussionist George Aghedo is here too and the ''Afrodesia'' project has ‘that something’ of Afro Mix B Side versions of Les Folies Studio. Synth fusion all over and organic basslines that takes you straight to the wider and early Italo disco where funk what the hot spot. All these among cool vocals, sexy sax and summer effects that not only recalls those days vibes but extended them to the maximum.
On ‘’Deep Down In Zanzibar’’ Periodica Records boogie-tinged analogue synthesizer grooves reshaped on their most sun kissed direction as inspired by Daniele Losi and Roberto Lodola original Afro sound. Afro-inspired electro beat driven ''Desert Storm'' and ''Orion Beat'' intelligently weaves together an intergalactic Afro-beat synth fusion while the party stormer ''Meet In Tunis'' allow to grow and develop at Afrodesia's own way surreal retro sensibility and representative vision of that Afro cosmic era exotism. - DJ Nova, Balearic For You
* Best Record Italy
** We love to supply future (retro) Balearic classics For You...
#Balearic #Italodisco #Afro #cosmic #boogie
στις Δεκεμβρίου 28, 2019 Δεν υπάρχουν σχόλια:

AO09 Ben Dean - Track Two EP on Amongst Others 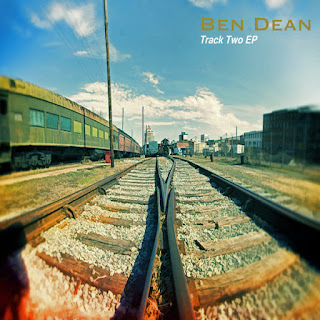 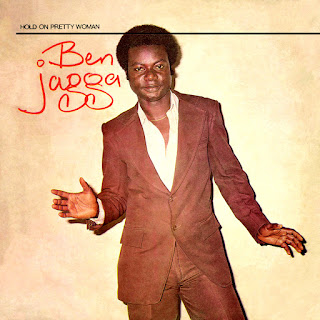 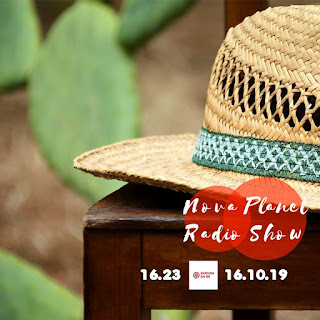 ◉ Having been off for summer from radio broadcasting for almost four months I came back with a huge number of releases that were worth checking during it. Releases i listened and played the most... A bunch of recent ones and extracts from the few Balearic compilations of the year as well. Yes, Balearic, another Balearic mostly radio show on the sundown time of the day. MUSIC FOR DREAMS ''Sunset Sessions'', Hostal La Torre Recordings and Pikes Ibiza, HELL YEAH recordings amd Best Record Italy, Coastlines Japan and many more. It's still warm here with more than 25°C. Do you think it was a mistake to finish my holidays? One way or another i put to the table the summer hats, will not be necessary anymore. 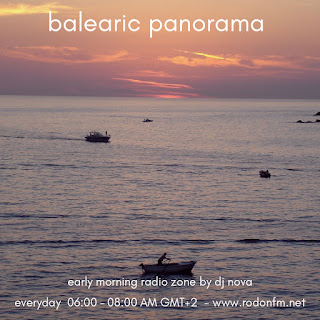 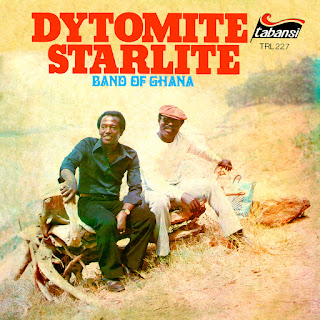 Balearic For You: Proper Sunburn Forgotten Sunscreen Applied By Basso 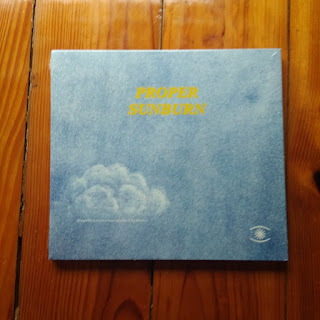 Proper Sunburn Forgotten Sunscreen Applied By Basso 2019 *
''Proper Sunburn: Forgotten Sunscreen Applied By Basso'' is a Deutsch-e-centric that even it an almost sea-less and un-mediterranean is Balearic oriented collection. The playlist is including some rare and obsure tracks, many of them unheard and lost in time by many. I never heard before probably nine of them and discover it by Basso's compilation is a great (listening) experience as the release works as a whole. The material has a huge genres and styles diversity, recently I updated them in discogs submission, as a result the sequence of those different styles and sounds is so naturaly represent the many colors of Basso's Balearic diversion. The most wanted and personal highlight Trimolo's ''Tempo 100'', a thirty years old folkish jazz funk piece that has today's Balearic future retro sound and personal hottest discovery the Laid Back-ish Wolfsmond's ''Fuhl Dich Frei'' on Basso's himself Maxi Version edit. This compilaton it's the end of summer and new season's best invitation, compilation and soundtrack that is so Balearic For You. Thank's Basso, clouds are near but your yellow ''Proper Sunburn'' will be our sun this autumn and winter. - DJ Nova, Balearic For You **
* MUSIC FOR DREAMS
** We love to supply future past Balearic collection For You...
#Balearic #ambient #downtempo #newage #experimental #jazzrock, #synthpop #newwave #jazzfunk
στις Δεκεμβρίου 17, 2019 Δεν υπάρχουν σχόλια: