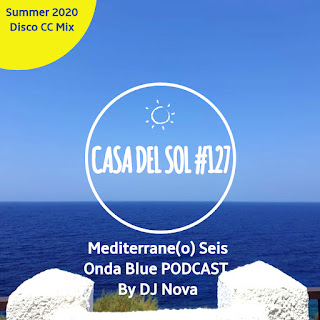 TRU389 Sly5thAve - What It Is on Tru Thoughts 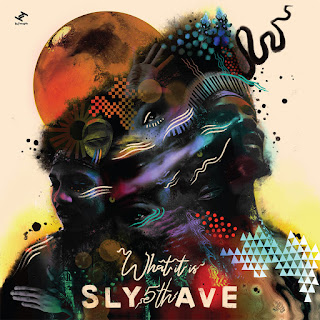 TRU389 Sly5thAve - What It Is 18.09.20 ◉ OUT on Tru Thoughts ◉ This is the best album of the year on its genre. OK I'm not an adept on the soul, jazz, hip hop and beyond at the moment but ''What It Is'' as it is built gently and around a wider variety of the above can cover all. Its inspired rhythms, directions and while its progression which continually evolves a homogeneity. Arrived after a bunch of solid digital singles which are not the only highlight on the album. ''Bouleavards'' and its summer tinged ''Consequence'' are invite us on an expected/expected journey. The same title jazz hop, future ''synth funk'' boogie ''C-Side'', g-funk ''Daddy Warbucks'', futuristic Brasileiro ''Expatria'', perfect nightime venture ''The Night'', adio friendly West Coast tropicalia of ''Right Here'' and emotive groove of ''With You'' are all perfect for all, home listening, DJ sessions, radio airplay... - DJ Nova NovavoN #NovaPlanetRadioShow #RodonFM95 ♫ PLAYED: https://www.mixcloud.com/NovaPlanetRadioShow/1728/ #NovAvoN #soul #jazz #hiphop #gfunk #boogie #futurebeats 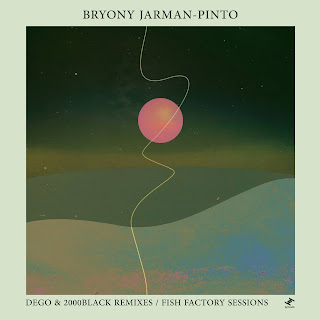 TRU396 Bryony Jarman-Pinto ‎– Sour Face (Dego & 2000Black Remixes)/Fish Factory Sessions 12’’ 11.09.20 ◉ OUT on Tru Thoughts ◉ The delicate folkish soul and jazz Original on its 2000Black Remix the rhythm does a bit of oldskool in shape, but gives it that future past vibe of future boogie, delicate broken beat and soulful Detroit. On Dego's Remix the sound explores his kind of Brazilian and electrified jazz funk with a slice of lemon on the rocks that sounded like a live session and epitomizes the way we attend the broken beat after is bruk re-innovation. The Fish Factory Sessions on the flip looks like more than welcome on TT wax lovers. - DJ Nova NovavoN #NovaPlanetRadioShow #RodonFM95 ♫ #NovAvoN #bruk #brokenbeat #soul #folk #livesession 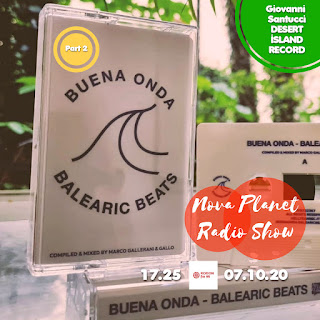 LISTEN: https://www.mixcloud.com/NovaPlanetRadioShow/1725/
This week’s show moves around the Balearic compilation of the year. ''BUENA ONDA - Balearic Beats'' released on
HELL YEAH recordings
, compiled by
Marco Gallerani
&
Gallo
and FOCUSED on Nova Planet Radio Show like last week. Still in rotation of Summer favourites while I was far from the FM, recent releases and some classics. Giovanni Santucci's 3nd DESERT ISLAND RECORD choice and one special edit that I did on Cantoma's ''Space For Us'' for Casa Del Sol 128 included in the show too. New TRACK OF THE MONTH, Schwarz & Funk's ''Alhambra'', couldn't escape from its Hispavox and guitara magic. 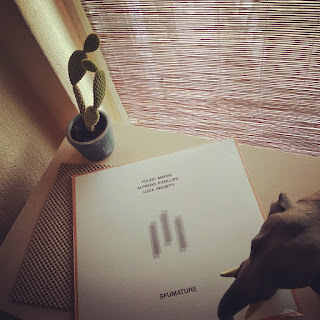 ◉ A tranquil and four dimensional album. Its dimensions are shaped by avant garde jazz, its reminiscent of the early and halcyon days of new age, Italian Mediterranism and nineties downtempo. ''Gomma'' and ''Dura Lex'' which are opening the two sides of the record have the Italian Mediterranean centrum sound as emblazed by African descent instruments and by Roberto Aglieri ancient Roman Empire flute-ism, as ''Ballo A Corte'' too. On the same level ''Trombe Di Alfredo'' merges traditional rhythms with jazz ambience, like ''Aura'' and ''Amori''' which the second one brings in mind the Mark Isham and Marianne Faithfull's collaboration on ''Trouble In Mind'' soundtrack. A diffrent moment Original's 1992 LP end track ''Alfredo Fantasy'' a tune that jams somewhere between ''Why Can't We Love Together'', Balearic Beat and acid jazz from Italy. The ambient jazz of ''Sotto La Cascata'' is another track that have to mention, we are in 1992 and new age was on its zenith. Archeo Recordings re-issue has a bonus track, ''Vertigini'' on an Ambient Remix, a liquid vocal ambient tune that will reminds you recent discoveries by Spanish guitarist Suso Saiz. - DJ Nova, Balearic For You

** We love to supply classic Mediterranean releases, Balearic For You... 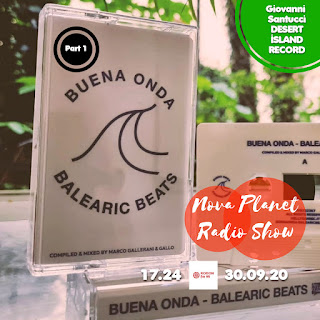 Summer (break) is over. Nova Planet Radio Show is back on FM and ONLINE. Gallo's Tropical Hinterhof Remix on J-Walk's '''Find Another Breeze'' - that was a world premiere earlier this year - starts things off on the point that was, Balearic... The show focused on the compilation that is making waves these days the Balearic compilation of the year ''BUENA ONDA - Balearic Beats'' which compiled by Marco Gallerani & Gallo and released digitally, on cassette and offer us a 12'' sampler. In the show UPCOMING releases by HELL YEAH recordings, summer's favorites, few classic and a bunch of JUST RELEASED tunes. Giovanni Santucci's 2nd DESERT ISLAND RECORD choice and another sampler from our Cala Tarida Musica FORTHCOMING 12'' among other. That was the first part, on next show more BUENA ONDA.