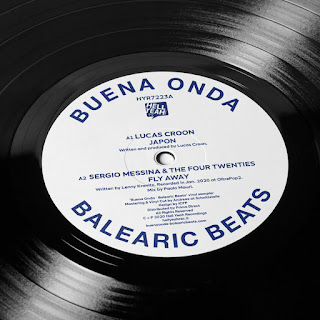 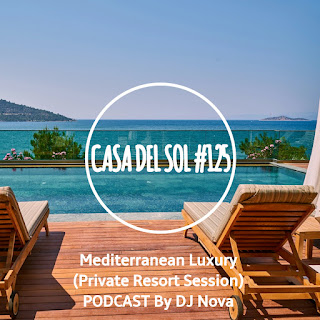 ◉ Casa Del Sol #125 ''Mediterranean Luxury'' (Private Resort Session) is hinting at the optimism and spirit of the season to come. Recorded digitally in front of the sea one day before summer's solstice, filled of Balearic beach openers, seaside view feel and could be the best soundtrack if your Mediterranean resort is missing a charismatic Balearic DJ. This time round it was hard to choose what to include in PODCAST as it's the Balearic season of the year and tones of amazing releases are coming around me. Starting experimental and Mediterranean with forthcoming JU/NA's 12'', moving to the most exciting MUSIC FOR DREAMS release for a long time by Willie Graff & Darren Eboli, Blank & Jones Francais references from their UPCOMING ''RELAX 12'', HELL YEAH recordings latest delights, Claremont 56's Hear & Now, our labe's forthcoming release by Tonarunur, among new releases by Cantoma, Afterlife, James Bright, Expositions and Balearic lounge bonus ending by Lemongrass and Maretimo Records & Radio. 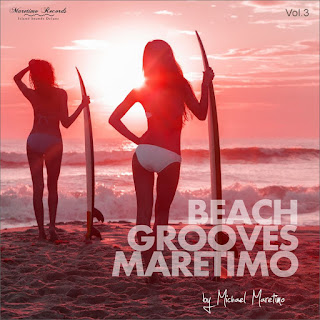 MAR 0065 Beach Grooves Maretimo Vol.3 31.07.20 ◉ OUT on Maretimo Records ◉ After years on making and compiling tones of compilations series I think @dj.maretimo managed to offers us the best of them by the ''Beach Grooves'' series. The compilation opens with its four digital singles that cover label's wider catalogue sound from club house (Phil Kinley's ''I Got The Feeling''), Latin lounge (Groove Gauchos's ''Conga Morena'') and project's absolute sound as presented Adriatic Grooves ''Ibiza Overflight'' and Pascal Dubois ''House On The Beach'', two seductive beach house tenders. It's one of the releases of the label that included tones of fresh tracks but recent already loved a lot ones like Airstream's ''Vintage Vibe'' and Miss Lopez ''Jeso Creadu'' on its Paraiso Verda Mix. Miss Lopez ''Jeso Creadu (Paraiso Verda Mix). Vladi Strecker latest smooth 'lounge' jazz ''Sleep On The Beach'' offered on a 'playin' instead of sleeping on the beach' uptempo House Cut which its delicate groove and genlte but impressive bassline will stuck on your mind while his last year's highlight ''Sky Above The Sea'' is here too. Pascal Dubois included here with another track, the ''Moonlight House'' one which is a deep, driven and dreamy house cut which demonstrates a tendency to jazz and tech house. Sunset lovers will be delighted by Cinematic's slo-mo piano magic of ''Remember'' on its Sunset Dream Mix. DJ Maretimo with Miss Lopez ''Momento De Sonho'' from the first chapter of the series revisited and delivered on a lazy, drunk and a kind of semi-vaporwaved Slow Motion Mix.Definitely a must-have for deep, chill and beach house lovers. - DJ Nova #NovAvoN #NovaPlanetRadioShow #RodonFM95 ♫ #deephouse #nudisco #chill #chillout #chillhouse #beachhouse #djmaretimo #maretimorecords #promo #summer2020 #digitalcollection #beach #beachwear #surf #sunset #greece #summervibes #summerload CHECK ▶ https://www.maretimo-records.com/2020/07/31/out-now-beach-grooves-maretimo-vol-3-31-07-2020/ 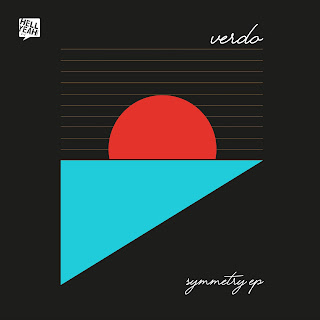 HYR7226 Verdo - Symmetry EP 24.07.20 ◉ OUT on HELL YEAH recordings ◉ It's been too long since his last single and the collaboration with Gallo but finally Verdo is back with a synth Moroder-driven house music where (Balearic) house and (Italo) disco are on tropical holidays on Isola De Procida in the heart of the Mediterranean Sea. How I wish to be there right now? They say that he has one foot on the dance floor, while the other makes a leap into outer space. I say he somewhere around 2nd reality and future past dimension and he has one foot on the beach and the other on the wood floor behind the decks somewhere around Italy. This is more Adriatic than Balearic but who cares, it's perfect for all the social distance beach parties across the Mediterranean Sea where DJs are mixing Fred Ventura Italo disco classic and sharing Alex Neri Italo House memories. - DJ Nova NovavoN #NovaPlanetRadioShow #RodonFM95 ♫ #NovAvoN ‪#newrelease #balearic #house #balearicdisco #snthwave #nudisco #iitalodisco #chillout #ambient #downtempo #procida #isoladeprocida

CAP058 Sumsuch feat. Will Brock - She Walks On Water on Colour and Pitch 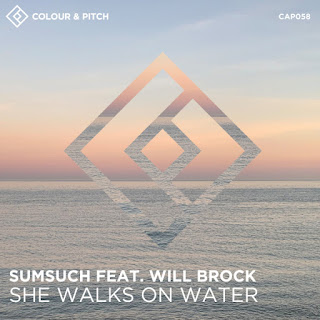 CAP058 Sumsuch feat. Will Brock - She Walks On Water 17.07.20 ◉ OUT on Colour and Pitch ◉ As its pads wash across the sunset after the sun dives into the sea, the magnificent soulful vocals of Will Brock are sliding over his own piano melody somewhere in time when early Robert Ownes vibrations inspired deep house and Balearic house dj sessions. It's almost a half of decade since their last deep house collaboration on Colour And Pitch and their last work looks intensely semi-psychedelic and emotively dreamy. - DJ Nova NovavoN #NovaPlanetRadioShow #RodonFM95 PLAYED: https://www.mixcloud.com/NovaPlanetRadioShow/1722/ ♫ #NovAvoN #newrelease #electronica #dance #house #deephouse
στις Δεκεμβρίου 29, 2020 Δεν υπάρχουν σχόλια: 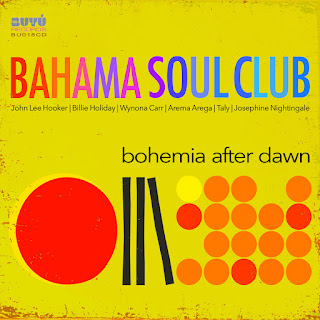 BU018 Bahama Soul Club - Bohemia After Dawn 16.07.20 ◉ OUT on Buyu ◉ Over the past few years Bahama Soul Club established as one of the best names and projects of the modern jazz scene that created after nu-jazz arrival. Bahama Soul Club was and is traversing the boundaries between Latin, jazz, cuban, funk and soul under the umbrella of its unique and delicate capture of percussive and horn session. ''Bohemia After Dawn'' is looking like one of its most vital work to date as is coming after four year hiatus, except some digital singles, but sound cultrivating in the studio. Each track is magnificent and all are carefully put together a masterpiece album, a milestone on Oliver Betlz carrier. Arema Arega, Sister Wynona Carr, Josephine Nightingale and Taly Minkov-Louzeiro are completing this another high rated organic kaleidoscope of Bahama Soul Club groove philosophy. - DJ Nova NovavoN #NovaPlanetRadioShow #RodonFM95 ♫ #NovAvoN #bossanova #Latin #jazz #funk #tropical #reggae #mango