Females ... always the biggest inspiration ... artsists, producers & djs are addicted to them. I'm a simple human being, i can't be an exception. Usually, jazz music and all its extensions are more loveable from men. On the other hand, jazz music is more emotional & sentimental like all the beautiful females around us. Some of them are here, in myspace. They are young, beautiful, easygoing and wide open minded like the modern jazz culture ... this blog is dedicated to them...
Our (mine & yours now) Night & Day Female Of The Month 02 FEBRUARY 2007 is coming from Austria, S.O.S. aka >SonOrouS< is a music lover trough and trough, known in Vienna's club scene for her unresting efforts concerning good vibes and music already since the early 80s. In 1990 (till now) she started to manage a Cuban band and adopted a very well knowledge about all the different latin music styles too. Years ago when the Vienna scene becamed professional, Susn gots in touch with her next deep love: In 2000 she slided into Nu Jazz, Headz, Groove, Electro, Afro beats, Dub and some sophisticated jazzy House music. Her affinity for delicious sounds raised up and resulted in a constant growing selection of own tunes and finally she taked her first steps as DJane in winter '05. As most beginners, her first DJ sessions take place on wicky private parties, but during 2006, quite quickly she started to spoil the audience of var. well known locations in Austria. Also she was invited to record her first radio guest mixes, the Kurier (big daily newspaper) published twice about her >SonOrous<>in the lounge mix< @ the cultivated "H12BAR" / Style Hotel Vienna constantly and new interesting locations for her sets as fresh music projects are already in sight for 2007. S.O.S. is not a wild turntable actor who attach more importance to show-mixing than of good heart-grown-music - her audience simply loves her enthusiastic, smiling way, the great n' happy vibes which she spreads while just doing what she loves most to do: Playing her SonOrouS beat selections made of down tempo music mixed with lounge melodies and well chosen up-lifting grooves! Finally recently was on Rodon FM 95 Guest Mixes with an exclusive mix.
more infos and soundmixes @
http://www.myspace.com/s_o_s_vienna
http://members.chello.at/s.o.s.
http://www.play.fm/playfm_artists.php?p_id=3124
Night & Day Female Of The Month 01 JANUARY 2007
www.myspace.com/joaquina_b
taken from www.myspace.com/djnovaprominence blog
Buy Night & Day Compilation Digipack CD On Line
www.discobole.gr/product.asp?pid=112894 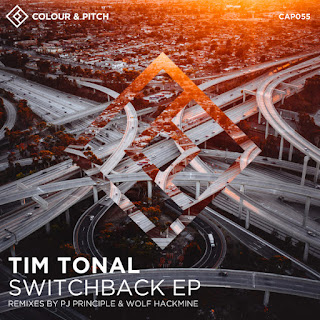