Baker Street breaks the limit of the first twenty releases with an outstanding EP. Met Merlyn Martin sounds from his recently release on Baker Street, a release that I think was affected him a lot, especially Amit Shoham remix treatment. ‘’Hold Me Back’’ original bosoms the deep tech rhythm with the sound of percussions that usually Amit Shoham uses. The ethereal female vocals and techno hard synths on the breakdown are creating a unique and opposite soundtrack, this track is my choice from this EP. Jamie Anderson’s remix sounds more like a walking over the black continent. Tech rolling sounds and some added soft percussions are keeping the mood of the original but accelerates the sound to another level. Rubicon 7 and Marlyn Martin did a charismatic production also on ‘’Lie To Me’’. Starts deep and simply but minute by minute wall up its sounds and atmosfear. Sexy, with deep keys and soft percussions continue ‘’Hold Me Back’s’’ trip. On the remixes ‘’Lie To Me’’ get a weird deep tech soundscape by Angel Alanis & Kasper Weiss Edit and a amazing driving one by Torin. Torin’s can be my second choice from the release, his scuba diving into the water in the night sounds perfect. Baker Street promise an exciting twenty eleven. - Dj Nova Nova Planet Radio Show

Harks & Mudd ‎– Susta * The electrified slo-mo disco charge of the Original wins you immediately. Polished by synths allover and i... 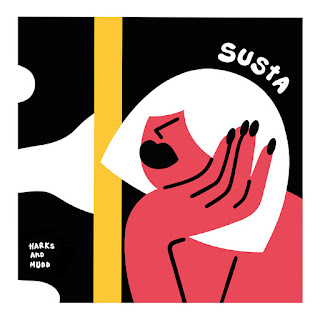