The Voice Of Cassandre : A mixtape by Lucky Dragons 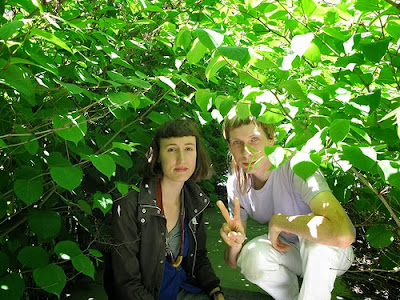 LUCKY DRAGONS means any recorded or performed or installed or packaged or shared pieces made by Luke Fischbeck, Sarah Rara and any sometimes collaborators. Lucky Dragons inhabit Los Angeles. They create an ecstatic form of electronic music that celebrates the spirit of life as well as the magic of genre boundaries. Their music is surprising, inventive and uplifting much like their impressive live performances, which usually involve brain-wrangling visual projections and various forms of inspired audience interaction.
Lucky Dragons came together in the spring of 2000 in an attempt to create a band that would never break up. The name is borrowed from a Japanese fishing vessel caught in the fallout of a US hydrogen bomb test in the Pacific Ocean that became a focal point for worldwide anti-nuclear sentiment in the 20th century.(Link)