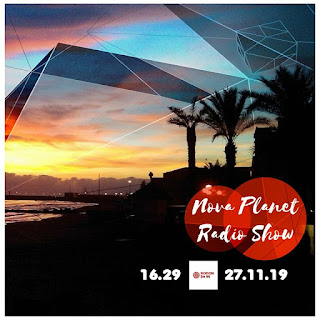 ◉ As one of the driving forces the last years is to offer a FM radio friendly Balearic directioned live session which emblazed by diverse music that is arriving in my 'hands' as tastemaker and radio personality, this show is starting after this philosophy. Our * A Vision Of Panorama's ''Mediterranean Tribal'', Michael David's ''There In Spirit'' and KARU Project UPCOMING ''The Optimist Soars'' completes the magic. Around the second half of the first hour things moved for a while on deep house's dimension as Andrew Edward Brown UPCOMING release on Nylon Trax played before psy-funk releases aired. Vaporwave opens the 2nd hour and future classic sound continues the story while UPCOMING Third Attempt's EP is playlisted again. One of summer favourites here, Blank & Jones ''Grown Minds'' on its KLar & PF Extended Remix played around the end & that was an absoute exlusive and special airplay for you. TRACK OF THE MONTH ''Guided by A White Light'' by Pascal Viscardi.

* A Vision Of Panorama's ''Sentimental Coast EP'' on our Cala Tarida Musica (Mediterranean sunset vibes and world dance grooves from the minds of DJ Nova, Adam Warped, & DiBo) debut 12'' will be released by the end of the year: https://soundcloud.com/calataridamusica/sets/a-vision-of-panorama-sentimental-coast-ep