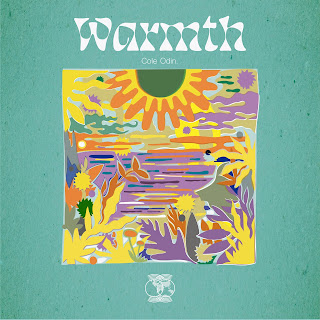 EC0016 Cole Odin-Ownership - Warmth 17.06.20 ◉ OUT on eclectics ◉ The label continues its indie looking representation of duality between Balearic and Balearic. What's the difference? What in common? Some things named Balearic and some things are Balearic. For sure Jack Priest provides a lush beach disco Balearic Remix on ''The Kitchen Is For Dancing'' which as Original has not many in common with Balearics, even with Mediterranean cousine but on the other hand is offering the charismatic sound label's diversity and shape. Looks back on releases like Sorcerer or think 100% Claremont 56's British appeal. Same on ''The Warmth Of The Sun'' and that means Adam Warped has to the do the 'hard job' on it... But it wasn't enough for Adam Warped whose studies on psychedelic university and American born culture makes him easily offered a gentle and enticing Remix that has the listener's ear from start to finish. Seaside introduction, synthesizer motifs, dreamy chords and as the Remix builds, the track may called acid by many sound like part of New Order's lost demo. 'The Warmth Of The Sun'' is far from the above and more close on Euglossine's guitar chords or UK Big Chill millenium stages... - DJ Nova, NovavoN, #NovaPlanetRadioShow, #RodonFM95 PLAYED: https://www.mixcloud.com/NovaPlanetRadioShow/1716/ & https://www.mixcloud.com/NovaPlanetRadioShow/1718/ ♫ ‪#NovAvoN #balearic #balearicdisco #indie experimental #downtempo